How to create a kitchen breakfront

First of all, you’re probably asking the question, what is a kitchen breakfront? Well the simple answer is to look at the image below and you’ll see what I mean. The 2 ovens side by side are set forward to give the breakfront effect. 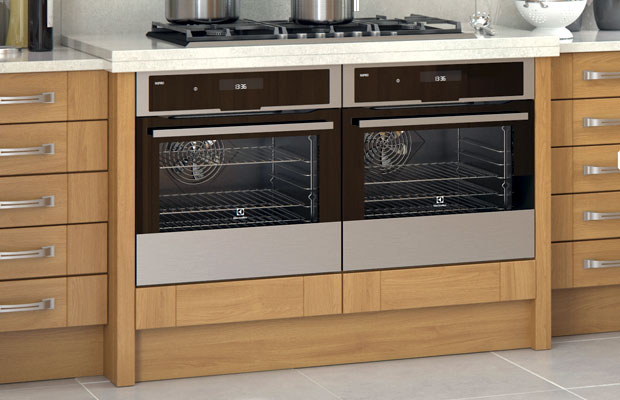 Why would I want a kitchen breakfront?

A breakfront in a kitchen is not essential, you can create your kitchen without it, and much cheaper, but if you want to make your kitchen stand out from the crowd then this little feature is something to consider.

As well as a head turner, the breakfront will also give you more work surface space as the units have to be pushed forward. So, this is something to remember as the section of worktop covering this area will need to be bigger in depth.

If the depth of the worktop is sufficient, some people opt for a downdraft extractor that is built into the worktop to deal with removing steam and cooking smells from the kitchen.

Or, if you fancy it, you could even position your sink in the breakfront. This would good a really nice feature to the kitchen, especially if the sink is under the kitchen window.

How do I create a kitchen breakfront?

To create the kitchen breakfront is pretty simply really. What you’ll need is as follows:

1 x piece of plinth or off cuts. This is needed to push the feature end post out and to give the unit something to screw into to secure it.

2 x feature ends. These come in a few different designs, depending on the kitchen that you choose. A few examples are shown below. If the feature end post is rounded, then this is called a radius feature end.

1 x end panel, which you can cut into 2. You’ll need this so that the screws have something to go into when you attached the feature end posts.

If you have a range cooker that will be going into the gap, then gas regulations say that there should be a gap either site of the cooker. 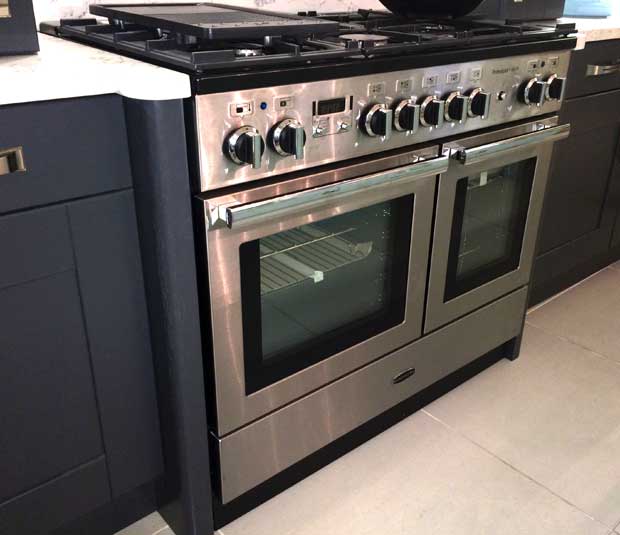 With this in mind, you may need a complete end panel attached to each of the feature ends to give a tidy finish to the kitchen, as you may be able to see down the sides of the range cooker. If you’re lucky, you may get away with cutting 1 end panel in half, and use half each side, so that the parts the eye can see are covered.

If you were to have 2 built under ovens in the kitchen breakfront, then you would not need to use an end panel as it would never been seen. Just pieces of plinth would suffice here. See below.

One thing you need to remember is that there is space behind the 2 units in the breakfront. You may need some kind of supports behind them to the wall, to ensure that the units are secure.

Here are some other examples of kitchen breakfronts used in our customers’ kitchens. 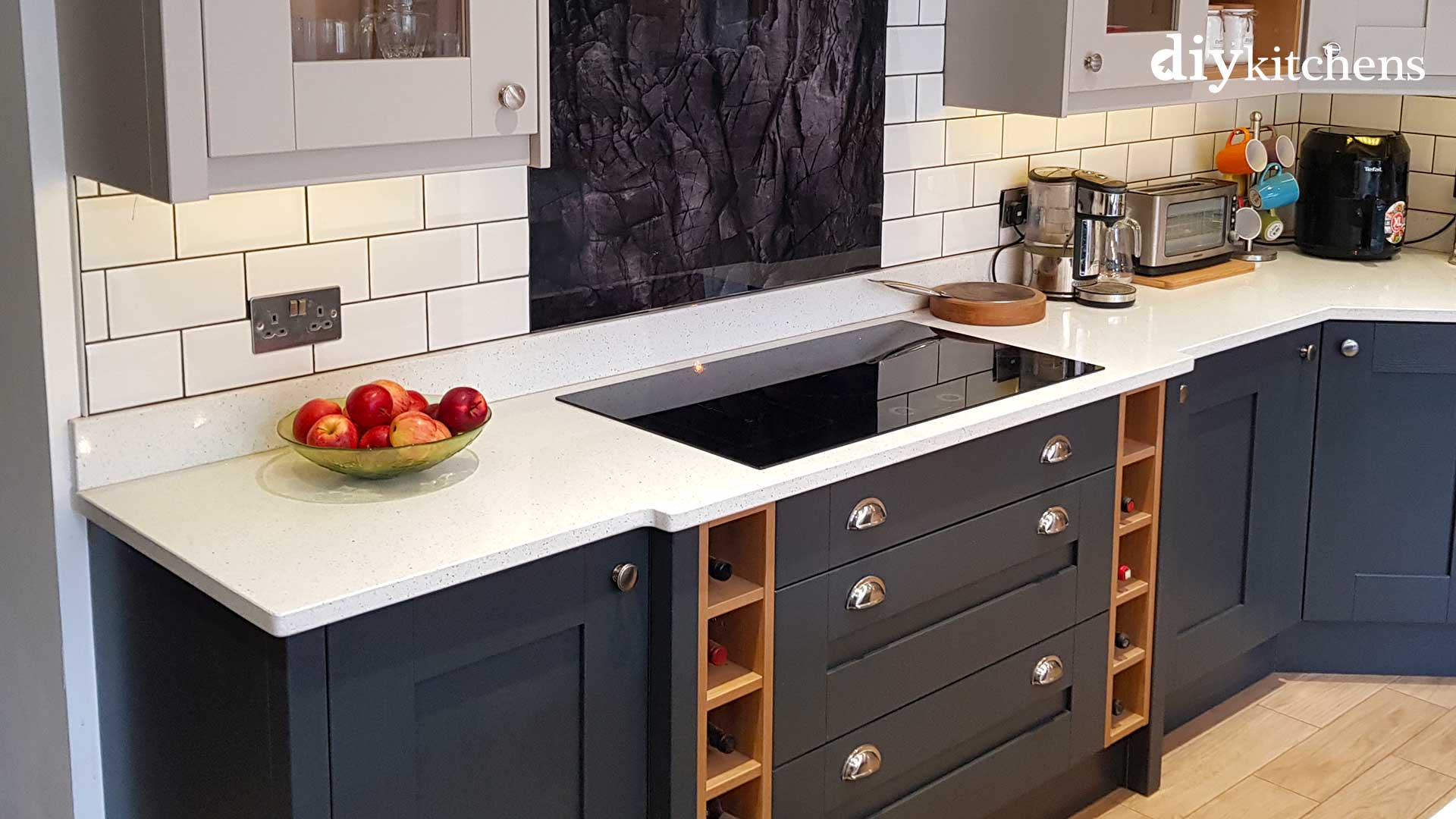 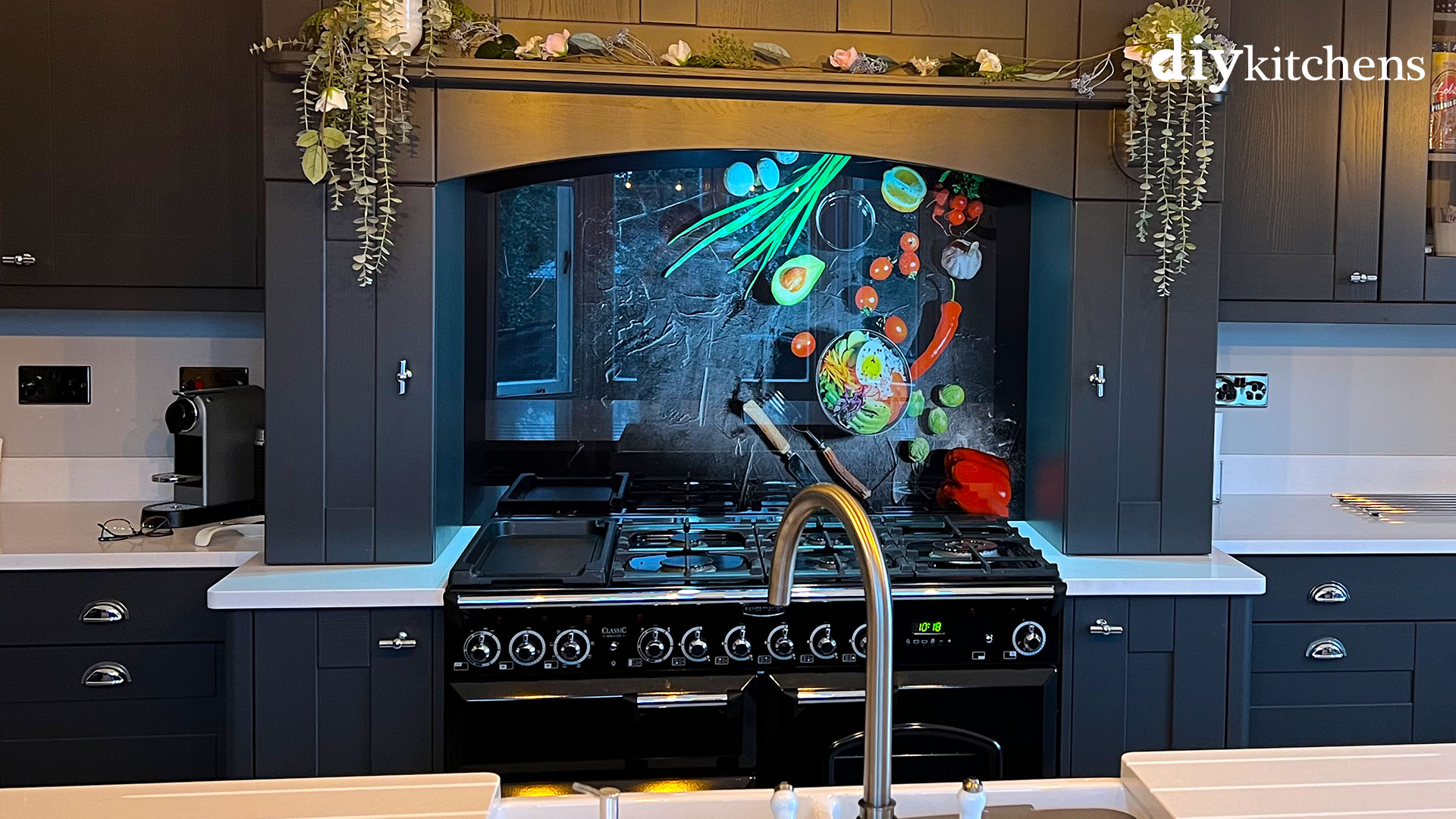 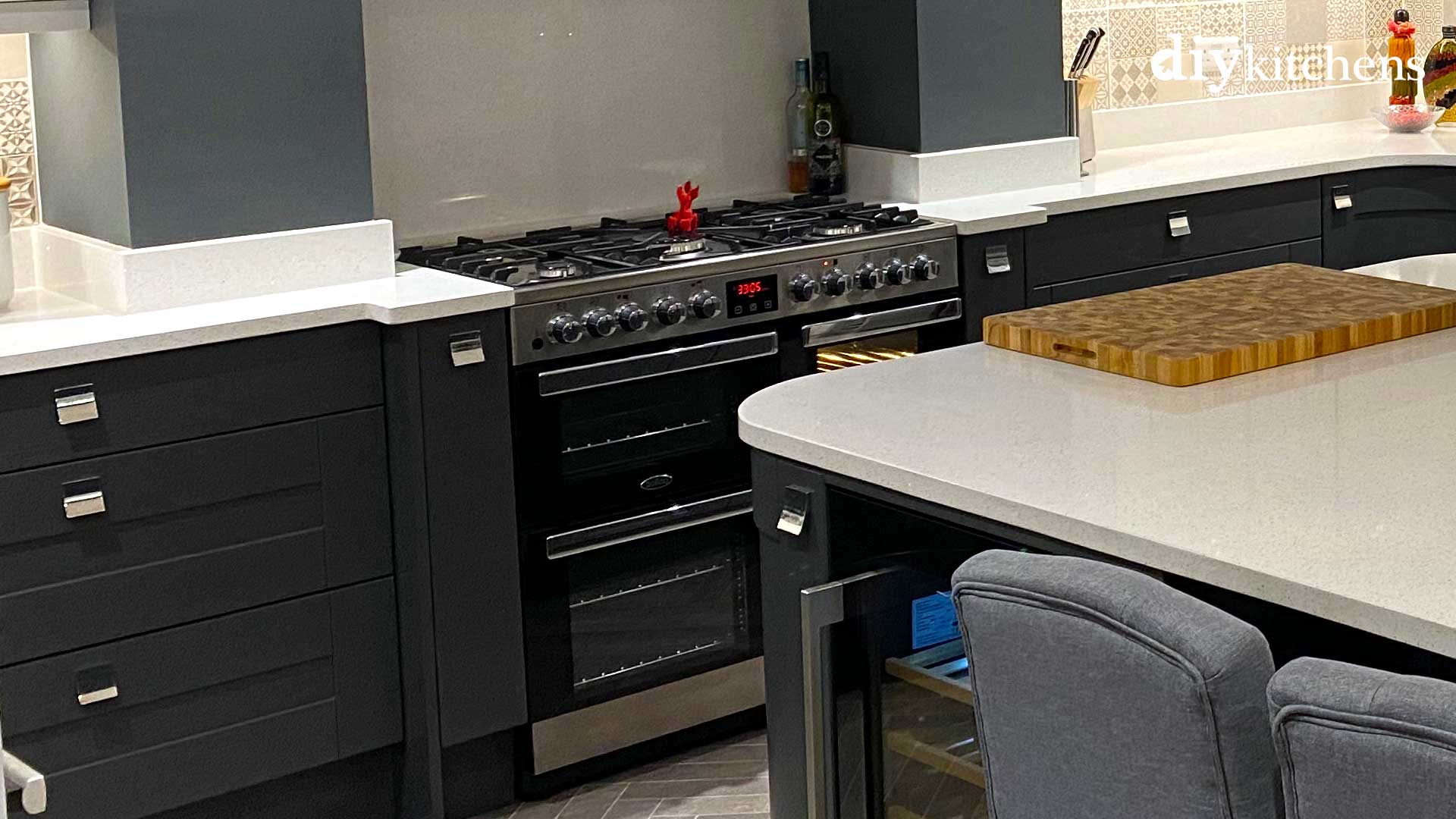 What is a downdraft extractor?
Are the drawer boxes fully fitted and what type of drawer/pan drawer boxes do you supply?
How do I end a kitchen run?
What's the difference between Oak and Ash solid woods?
How to make a Butler’s pantry
How do I insert a Blum Inserta drawer front?
Can I pick up kitchen units from the factory?
How to put a drawer front onto a glass sided drawer
Tags:kitchenFeatureradiusendsbreakfront

2 thoughts on “How to create a kitchen breakfront”