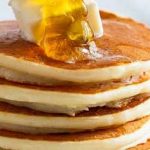 Breakfast is the most important meal of the day and sitting down to enjoy a piping hot, freshly prepared fry-up is always a treat. The Full English is a winning combination of eggs, sausage, bacon, a nice scoop of beans, grilled tomatoes, mushrooms on the side along with a crisp piece of fried bread. Or,
Read More 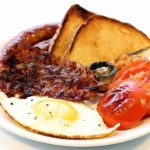 Traditionally, what is considered as the great, big English breakfast dates back to the early 1300s, and it is now very popular, mostly where you find the British. It is amazing how the British like to take with them their favourite cuisines wherever they go! Historically, the breakfast began with the gentries and as
Read More 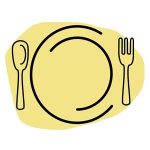 As the world tackles the problems of pollution, many innovative solutions like edible cutlery are coming to the fore to try and minimise the impact our lives are having on the world. One contributor to the widespread pollution problem is something many of us probably use without appreciating the consequences: disposable plastic cutlery. Whether
Read More

With more than 7 million tons of chocolate consumed worldwide every year, there’s no doubt that chocolate is an incredibly popular food, with a huge industry behind its supply. But, the humble cocoa bean has a long and interesting history and has been used in a number of quite different forms, before it became
Read More 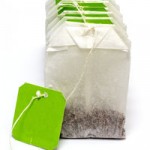 A brief overview of tea Tea is the most enjoyed beverage around the world. Most people need a perfect cup of tea to kick start their day. But, as you enjoy your cup of tea, have you ever thought about how tea was discovered and how it evolved? It is said that tea was first
Read More 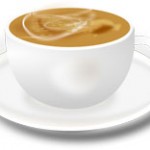 A daily fix of coffee is a must for around 50% of the planet each day and those who live in Finland seem to be the biggest coffee drinkers in the world, although Brazil are the biggest producers of it at around 33%. So with this in mind I thought I would do a
Read More 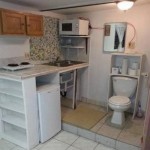 Below are some fun kitchen/cooking type pictures that should bring a smile to your face:-) If you have any funny pics along the same lines as the ones below then feel free to send them! Fun Photo #1 – Built-in Toilet This kitchen has a built in toilet! Ideal if your cooking is not
Read More 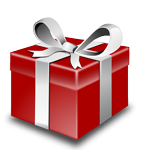 We recently ran a prize draw and to enter, you had to submit your Christmas jokes & stories. Here are the ones that we can publish:-) Carol says… One Christmas the electricity went off for the whole day (the electricity company told my dad it was because everybody in the area must be using their ovens?!)
Read More 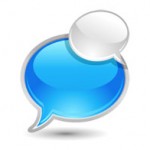 We recently ran a prize draw and to enter, you had to submit your kitchen stories, advice or even jokes. Here are the ones that made us chuckle! Annaloa says… “Don’t put slate or tile floors in kitchens, because if you drop anything it will smash to pieces – as I found out the
Read More 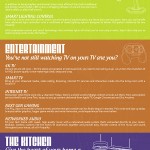 Ever wondered how the home of tomorrow could change the way we do things around the house? Well, the infographic below shows just that and it covers every room in the home, not just the kitchen!   This infographic has been used with permission from Ryan Hirst @ Eurofit Direct
Read More
This website uses cookies to ensure you get the best possible experience. By clicking AGREE, you accept the use of cookies on this website.AGREELEARN MORE