What’s the difference between Oak and Ash solid woods?

home/What’s the difference between Oak and Ash solid woods?/Advice Articles 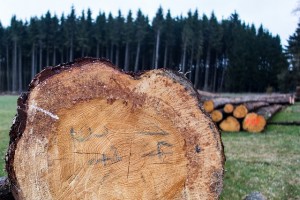 More and more people are opting for a solid wood kitchen doors these days, like Oak & Ash due to their affordability and the aesthetics derived from solid wood. Some people say that Ash is best suited for kitchen doors since it is lighter than Oak, as well as being very versatile and can be easily moulded to match a person’s preference. Others do prefer Oak though for its hardness and defined grain.

A bit of history

Oak was mainly a native tree in the northern hemisphere. It was a valued wood by people living in Northern Ireland, such that the tree was incorporated into the an emblem of Londonderry County in Northern Ireland. The ancient Greeks also believed that the Oak tree is sacred to Zeus, the king of the gods. Priests used to convene under the tree to appease their gods.

The Royal Oak and the Charter Oak in Great Britain have important historical and cultural roles and have never been tampered with in over 100 years!

Ash was famously used by people from Great Britain to create the Norse Marde of inspiration that was a mixture of Ash and a sugary substance known as exude. People in the UK believed that an Ash leaf would instantly repel a snake. Whether these historical beliefs and mythologies were true about these types of trees, is a subject of endless debates.

The difference between Oak and Ash

Oak and Ash are two distinct types of trees that many usually confuse to be the same.

However, the terms Oak and Ash are widely used to refer to the wood obtained from their respective trees. They belong to the same category of hardwoods, and each of them has several different species.

Essentially, hardwood is a type of tree whose seeds are enclosed in pods, shells or even fruits. According to research scientists, the origin of hardwoods are from the angiosperm tree.

Although both Oak and Ash belong to the same category as hardwoods, they differ in the degree of hardness. For instance, Ash is considered harder than Oak and as a result is used as materials in heavy constructions requiring strong and durable materials.

Appearance of Oak and Ash

Oak & Ash have a significant difference in appearance, such that any person with efficient knowledge about trees should not find it hard to distinguish the two.

For example, a quick look at the grain patterns of the two kinds of wood would subtly bring out the difference.

All Oak woods have a radial pattern that is highly visible when one looks perpendicularly to the regular grain. Ash wood does not have radial grains, hence looking at the wood from one side will only bring out one pattern.

A grain pattern, which has a kind of ripple effect, is usually known as Tiger Oak, seen when an Oak wood is sawn. The appearance is better seen on tables made using oak wood, selected and sawn in such a manner. The tiger pattern is not available in Ash wood.

Where do Oak and Ash grow?

Oak can be found anywhere in the world. However, they are predominant in the northern hemisphere where the tree is believed to have originated.

Oak trees can survive extreme climates, such as during winter without any effect on its functionality. Most Oaks are found in ravines and very raining & sloppy areas having deep and loamy soils.

Ash trees grow mainly here in the United Kingdom, which has over one percent of its land covered by Ash trees. These trees are also found in large numbers in the northern hemisphere, especially Toronto Canada. Ash can grow in a wide variety of climates.

Uses of Oak and Ash

Oak and Ash have different uses. The difference is obviously due to the difference in structural integration and level of hardness of both trees.

Oaks are considered the father of all hardwoods. They possess unique features that make it have a limited number of usages. However, it is only used for serious projects that require strength and durability. Oakwood also has a high resistance to humidity and moisture.

These features give Oak significance in certain areas of construction. For example, due to its tendency to resist moisture and humidity, it is highly recommended by engineers in the construction of dams, reservoirs, ports, ships and bridges to ensure durability and fewer maintenance scenarios. Oak trees are also used in the construction of tall buildings especially at the foundation level due to its heaviness.

Other applications of oak include its use in;

Ash has a smooth back, which is pale and grey in young ash trees and later becoming thicker & fissured as the tree grows older. It also falls under the classification of one of the hardest hardwoods, with many claiming it is second to Oak.

When it comes to usability, Ash has quite an edge over Oak. Its versatility contributes to Ash being a wood with a wide variety of uses. The use of ash include:

Benefits of Oak and Ash

Oak and Ash are very easy to maintain and clean given that they belong to the same category of hardwoods. These types of wood are especially suitable for flooring.

Strength is guaranteed when using Oak. Oak is strong because it takes a long time to mature.

Regarding appearance, Ash can be used with any form of styling and decoration. Ash is quite commonly used for internal joinery, which includes kitchen surfaces.

Hardwoods are very affordable. The price of a square meter of Ash or Oak is virtually the same, although Ash can be slightly cheaper to buy and is preferred by many to Oak.

All you need to know about Oak trees

The infographic below will tell you everything you need to know about Oak trees!

How to adjust a kitchen unit hinge & door
What is a 1.5 bowl sink?
Using Kitchen fittings
What is a magic corner unit?
Kitchen Island Ideas & Inspiration
Which cupboards need end panels?
What Kitchen Accessories Or Features Are Available?
What colour matched cabinets/units do you have available?
Tags:doorsoakash. kitchen